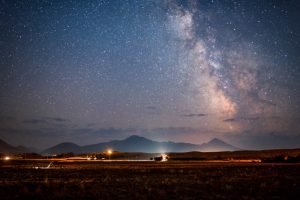 In the heart of Montana, the Big Sky Country, Great Falls is surrounded by spectacular natural wonders and scenery. It is nestled between rich, productive farm land only miles away from the majestic Rocky Mountains to its west and Little Belt Mountains to the east.

The city was settled around the mighty Missouri River, one of nature’s most magnificent waterways. The Missouri River provides Great Falls with its name. As the Missouri cuts through the city it drops over 500 feet in a series of rapids and five breathtaking waterfalls — the great falls of the Missouri.

Known as “The Electric City”, Great Falls has a long tradition of history which began with the famous expedition of Lewis and Clark in 1805. They explored the newly purchased Louisiana Territory filled with herds of buffalo roaming the prairies. The Great Falls area had long been inhabited by tribes of native American Indians, mainly the Blackfeet.

Paris Gibson came west in May of 1882. He made plans for a city, then laid them out before James Hill, a man of great importance in the railroad industry. Hill gave his financial backing to Gibson, knowing that a city in such an area would make a valuable connection for the railroads.

Unlike many other western cities, Great Falls was planned by a practical and extremely thoughtful man. While organizing the town, Gibson made sure the streets were laid out in a precise, arrow- straight pattern, plus he set aside 886 acres for city parks. Gibson believed beauty was important in a city and personally made sure that elm, ash, and fir trees were planted on every street and boulevard.

Great Falls is home to over 58,000 residents making it Montana’s third largest city. Residents can take advantage of over 40 miles of River’s Edge Trail, can picnic at Gibson Park and Giant Springs Heritage State Park or peruse art at the C.M. Russell Museum or the Paris Gibson Square Museum of Art, which offer some of our Country’s finest western and contemporary art.

Great Falls has been described as the perfect blend of big city excitement and small town charm. From local restaurants and unique shopping boutiques, to cultural events and performances at the Mansfield Center for Performing Arts, to skiing and outdoor activities just minutes away there is truly something for everyone to enjoy right here in Great Falls.